7 Of The Largest Warehouses In The UK

8 Ways Your Warehouse Could Be More Efficient

How To Install Pallet Racking 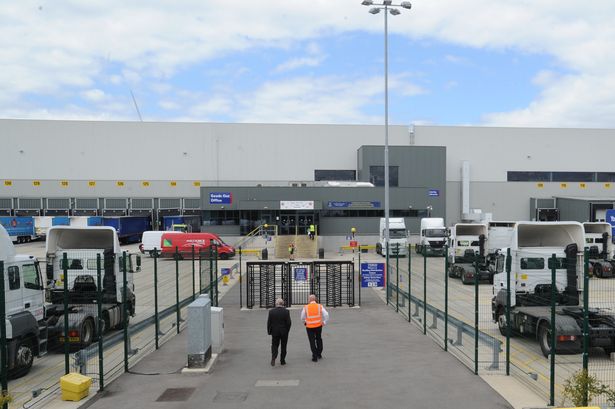 As consumer behaviour changes, so do the warehousing needs of organisations and logistics firms. We’re experiencing a seismic shift in the way that customers purchase goods, and this means that warehouse requirements are now often omni-channel. In fact, warehouses now often need to handle orders from a variety of sources, such as online, from brick-and-mortar stores and other similar channels.

Consumers are also now expecting more from the brands and organisations they buy from. Fast delivery, changes in order patterns and larger order volumes all put pressure on the type of warehousing needed.

The impact of this has meant that warehouses needed to adapt. One of the largest changes we’ve seen is in the size of warehouses and distribution centres. Larger and more flexible locations are becoming increasingly common in order to meet the needs of the contemporary customer.

With this in mind, we’ve listed some of the largest warehouses in the UK to demonstrate the changing landscape of warehouses in Britain.

Amazon has a number of warehouses located throughout Britain, but their Fulfilment Centre in Scotland is their largest. In fact, it’s one of the largest warehouses in the UK.

At a colossal 1 million square feet, the site is equivalent to 14 football pitches in size. It’s here that Amazon pack and deliver a significant amount of their retail orders and part of how they’re able to offer such quick delivery on many of their items. During busy periods, it’s reported that Amazon handle a sale every 64 seconds, which goes a little way in explaining why they need such large warehouse sites.

The site in Dunfermline employs over 1000 permanent staff, with temporary employees drafted in during the busier seasonal periods (like Christmas or Black Friday). 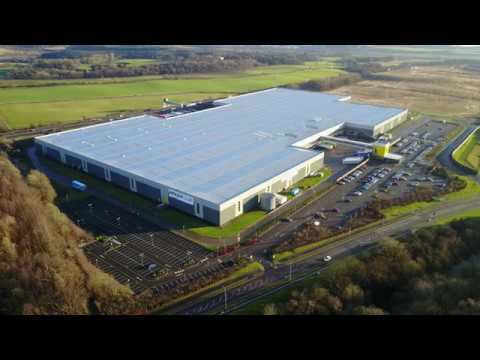 While you might not have heard of the Shaw National Distribution Centre, you will definitely have heard of its current occupant, Shop Direct. Shop Direct owns the retail giants Very.co.uk and Littlewoods.com, as well as other retail brands. It’s no surprise, then, that they currently occupy one of the largest warehouses in the UK.

In this facility, Shop Direct store and sorts thousands of products ready to be distributed to their online customers. It also handles returned items.

At its peak, it’s thought that Shaw Distribution Centre employed 1,250 people from the local area, earning itself the accolade as the region’s largest private employer.

It is rumoured that Shop Direct will be moving their Lancashire distribution hub elsewhere but as it stands today, Shaw Distribution Centre is a truly colossal warehouse that has earned its name on this list.

It’s unsurprising to learn that the UK’s leading supermarket chain has over 20 distribution centres across the country. However, one of their largest is located in Reading on the site of an old brewery. Opened in 2013, the warehouse employs at least 1,500 people and sits on a 58-acre plot.

Due to its colossal size, it is reported that this Tesco Distribution Centre needs its own Highway Code for the forklifts operating on the site.

It is reported that Tesco have 6,800 stores worldwide and employ over 450,000 people in today. It’s easy to see why they need such large warehouses like their Distribution Centre in Reading.

Constellation are one of the largest distributors of premium wine, beer and alcohol. Their largest warehouse is located near Bristol and gives this European company the space to store all the wine arriving into the country. In fact, it is reported that the site can store 57 million bottles of wine.

This warehouse is unique in the fact that it isn’t simply used for storage. As well as this function, Constellation Park has its own bottling facility for their Australian wine brands. That means they’re able to efficiently bottle the wine that arrives onsite in order to save costs (it’s reported that they can bottle up to 800 wines a minute).

As another one of the UK’s leading supermarkets, it’s no surprise that Morrisons features on the list of the UK’s largest warehouses. The supermarket giant has 6 distribution centres across the country, with Sittingbourne being one of their largest. The site covers over 900,000 square feet and it’s reported that the size equates to 7 miles of aisles to walk down.

The warehouse delivers to 86 stores in the region, as well as selecting products for their online fulfilment centres. In addition to this, this huge warehouse assists with the stock for nearby warehouses in Latimer and Willow Green, which means it technically delivers to a further 145 stores too.

In total, there are 200 lorries that serve the Morrisons Distribution Centre in Sittingbourne.

While technically not a single warehouse, Magna Park in Lutterworth deserves a mention in this list of the largest warehouses in the UK. In fact, it’s Europe’s largest distribution location and sits on over 550 acres.

The site is home to 29 occupants and functions as an independent logistics park. Within the site, you can expect impressive levels of logistics management, HGV circulation control and 24/7 security to ensure that processes run as smoothly as possible.

It’s also located in what industry experts call ‘the golden triangle.’ In the centre of the country, Magna Park has easy access to road and rail transport, making it a strategic location for organisations to manage their distribution from.

The site is widely acclaimed to be the blueprint for large-scale logistics locations across the world. So much so that the owners (Gazeley) have opened a second location in Milton Keynes due to the success of the site in Lutterworth.

Like Magna Park, Prologis RFI DIRFT isn’t a standalone warehouse. It’s a ground-breaking logistics centre that offers an impressive square footage for organisations that need flexibility and space for their logistical operations.

Located in Rugby, the huge centre has warehouse space that spans 7.86 million square feet. They offer warehouses from 100,000 sq ft to 1 million sq ft, making them real contenders in the largest warehouse in the UK game.

What’s interesting about the park is that it is multi-modal too. It has 3 freight rail terminals and access to the West Coast Mainline, one of the UK’s most important freight routes. In addition to this, it has excellent road links due to its central location in Rugby.

Companies like Sainsbury’s, Tesco and Eddie Stobart all have warehouse real estate on the park, showcasing how essential it is for the UK logistics business.

It’s interesting to see how large-scale warehousing has become more commonplace in the UK. As consumer behaviour continues to change, it is likely that big warehouses and logistic parks will continue to be in demand.

If you’re keen to read more about warehousing in the UK, visit the Apex blog, where you’ll find the latest warehouse news and information about pallet racking.