Warning: "continue" targeting switch is equivalent to "break". Did you mean to use "continue 2"? in /home/apex/public_html/wp-content/plugins/revslider/includes/operations.class.php on line 2758

Warning: "continue" targeting switch is equivalent to "break". Did you mean to use "continue 2"? in /home/apex/public_html/wp-content/plugins/revslider/includes/operations.class.php on line 2762

Warning: "continue" targeting switch is equivalent to "break". Did you mean to use "continue 2"? in /home/apex/public_html/wp-content/plugins/revslider/includes/output.class.php on line 3706
 6 Ways Robotics Have Been Introduced Into The Warehouse

6 Ways Robotics Have Been Introduced Into The Warehouse

Ensure The Safety Of Your Workers When Using Racking Systems

8 Ways Your Warehouse Could Be More Efficient

Automation is making its way into myriad industries at the moment, allowing for improvements to productivity and lower costs for businesses. The use of robotics in warehouses is one example of this, although the implementation of the technology itself takes many forms.

To get you up to speed with the current state of play, here are just 6 instances of robotics having an impact on warehouse storage that is already in place today.

The ubiquity of forklift trucks in warehouses, no matter the configuration, means that these are seen as the starting point for automation. This is being further catalyzed due to safety issues surrounding the use of such equipment in commercial environments, with a quarter of injuries relating to transport in the workplace resulting from the use of forklifts. 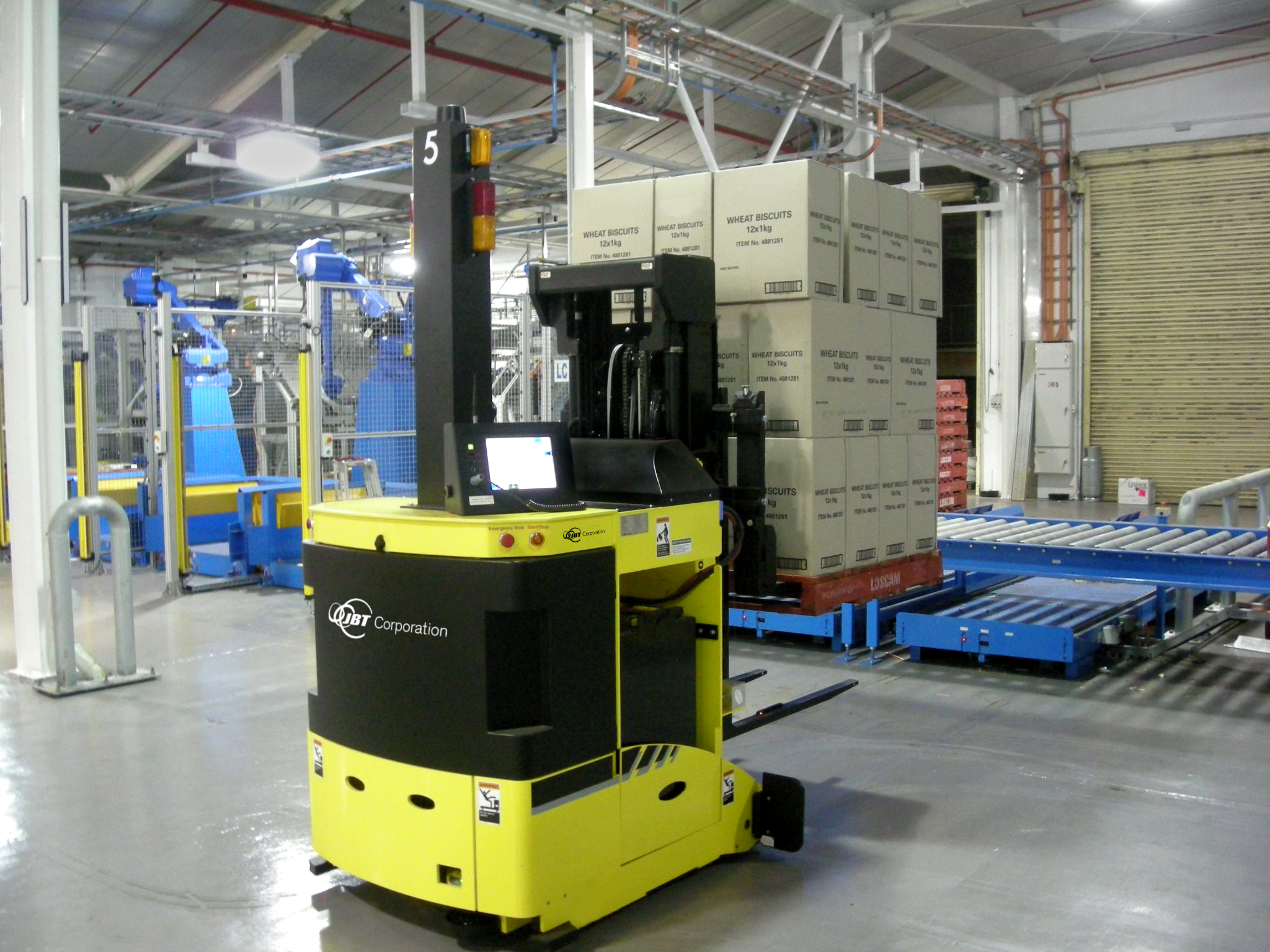 Addressing concerns through driverless trucks has been something that a number of major manufacturers have investigated in recent years. German firm Linde was one of the first to produce a commercially capable automated forklift solution, with a range of systems working in unison to achieve fully autonomous operation.

Integrated lasers perpetually scan the area around the truck to detect obstacles and ensure evasive action can be taken in emergencies. Even narrow aisle operations can easily be completed, with the trucks working alongside human colleagues in harmony.

Another advantage that these trucks offer is that they can work 24 hours a day, 7 days a week. Forklifts operated by humans cannot achieve the same thing without a multitude of shifts being factored into the working day.

An oft-discussed topic in the media, the rollout of drones for business use has been beneficial for agriculture, logistics, and even law enforcement. In a warehouse context, autonomous drones are being deployed to turbocharge the process of inventory management. 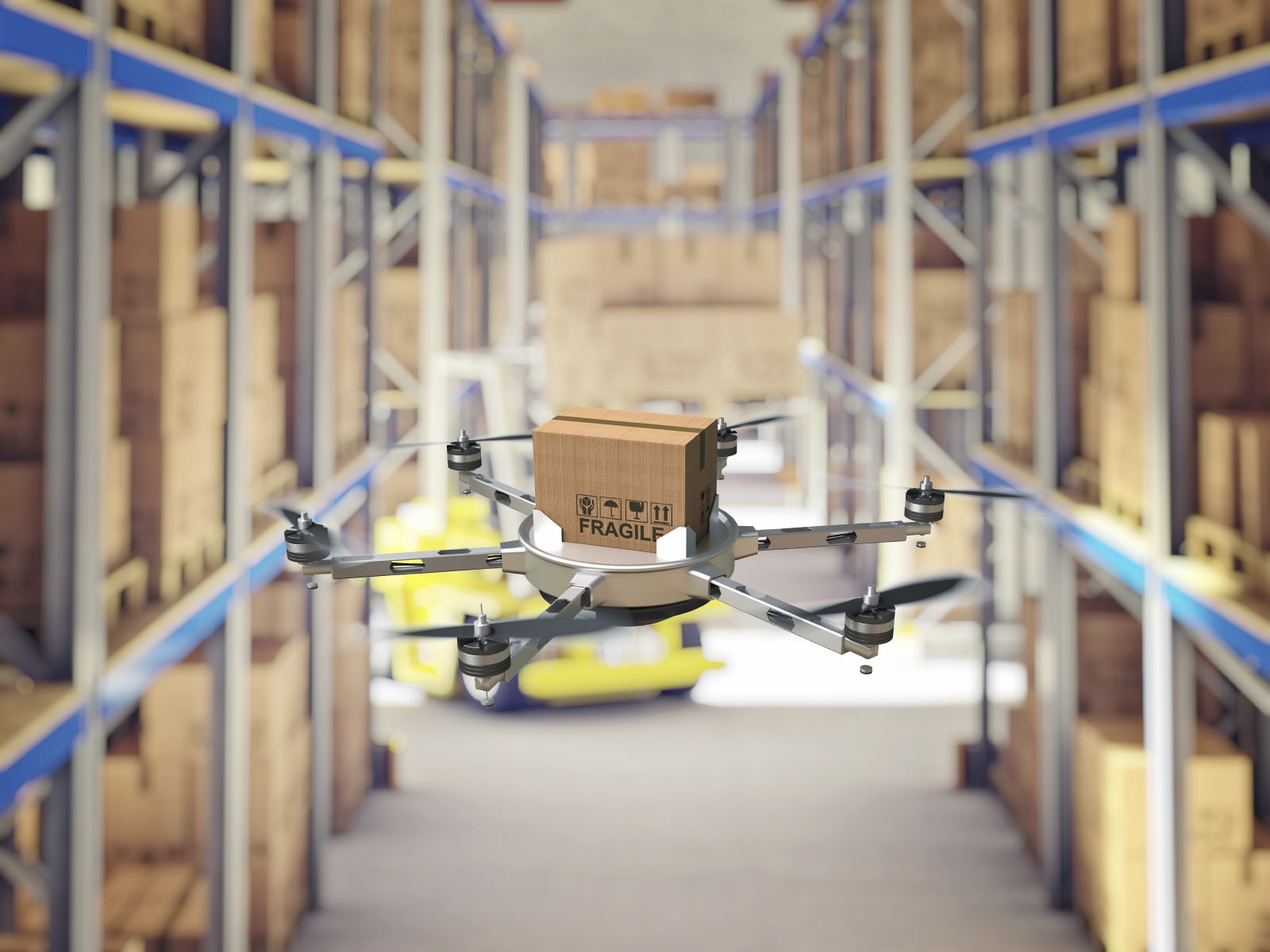 The UAV system developed by PINC is an excellent example of this, allowing for on the fly inventory checks to be carried out without the need for human workers to do this manually.

The airborne nature of the drones means that they do not act as obstacles at floor level, reducing congestion and allowing for other site users to move freely without being hindered. Furthermore they promise to be incredibly precise and swift, even in areas where inventory volumes are significant and can change rapidly.

With the drone market set to generate over $52 billion a year within the next half decade, it will be interesting to see how much of this is down to investment from warehouse operators. Tighter regulations might hamper their use in outdoor environments, but in warehouse settings they should remain a viable option indefinitely.

In a traditional warehouse environment, workers would need to scour the aisles on foot to seek out the products they need to pick to fulfil a given order. In the age of double digit growth for the e-commerce sector, businesses which sell online cannot afford to fall behind or be held back because of speed bumps in the picking process. 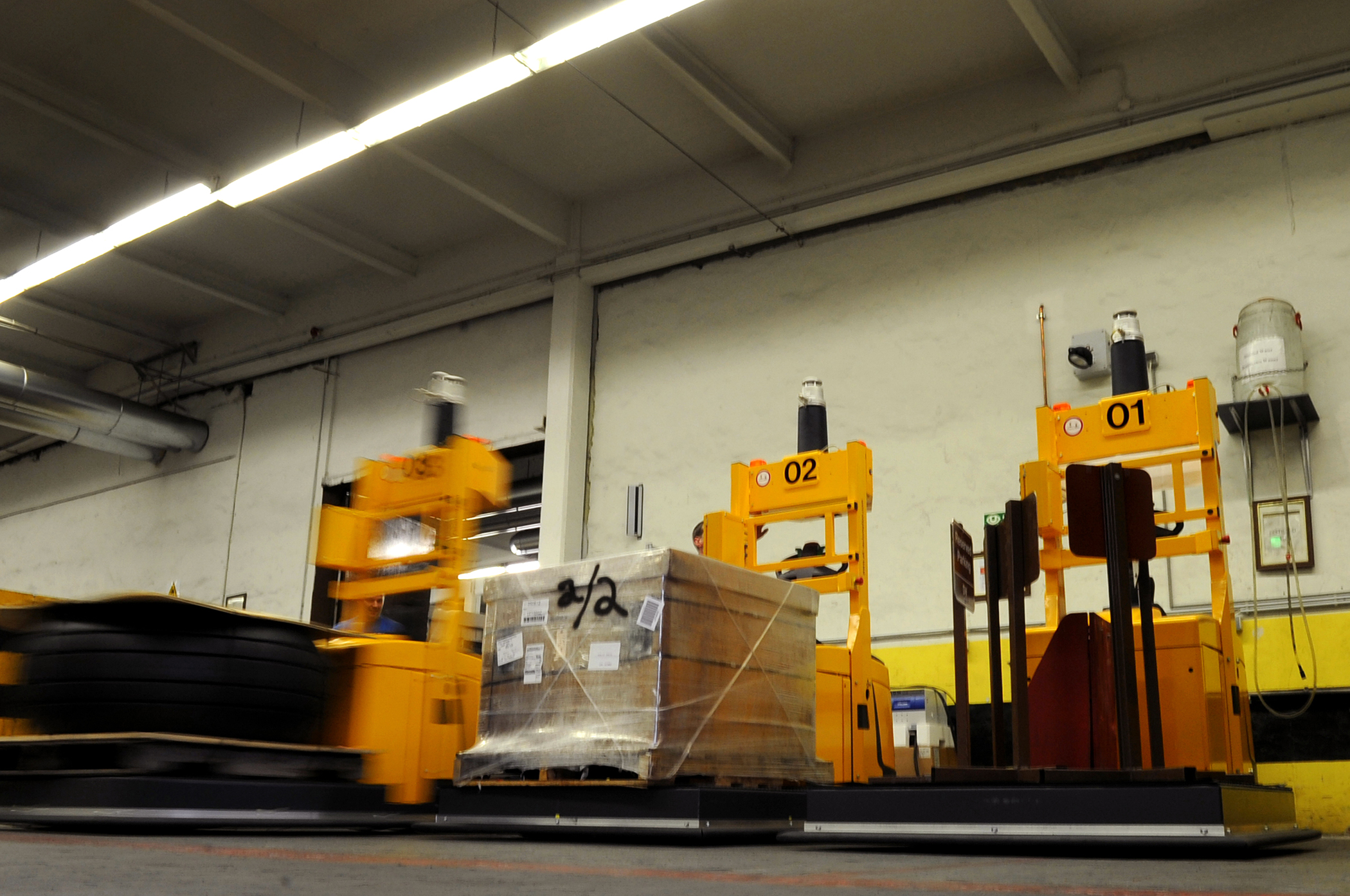 A number of innovative, robotic solutions have helped to overcome this, allowing picking robots to bring the products to human workers, rather than forcing them to make the journey to a specific shelving unit in person.

This has been taken to an even greater degree of automation by grocery delivery firm Ocado, with its impressive picking and packing robots operating in a self-controlled swarm across a vast 18-acre facility in Andover. A handful of engineers remain on site to carry out maintenance and deal with any issues, but for the most part, this approach has done away with the need for humans altogether, while also doing away with most aisles in the process to maximize the use of the available floor space for storage.

Ocado’s robotically operated fulfillment center is able to chew through 65,000 orders every 7 days and like its equivalents elsewhere it is not limited to standard working hours or any protracted periods of downtime.

Driverless forklifts are all well and good, but this technology is technically a stopgap which assumes that the trucks will be working in the same space as humans for the foreseeable future. Some warehouse robotics push further towards complete automation, with radically altered designs and equipment to match. 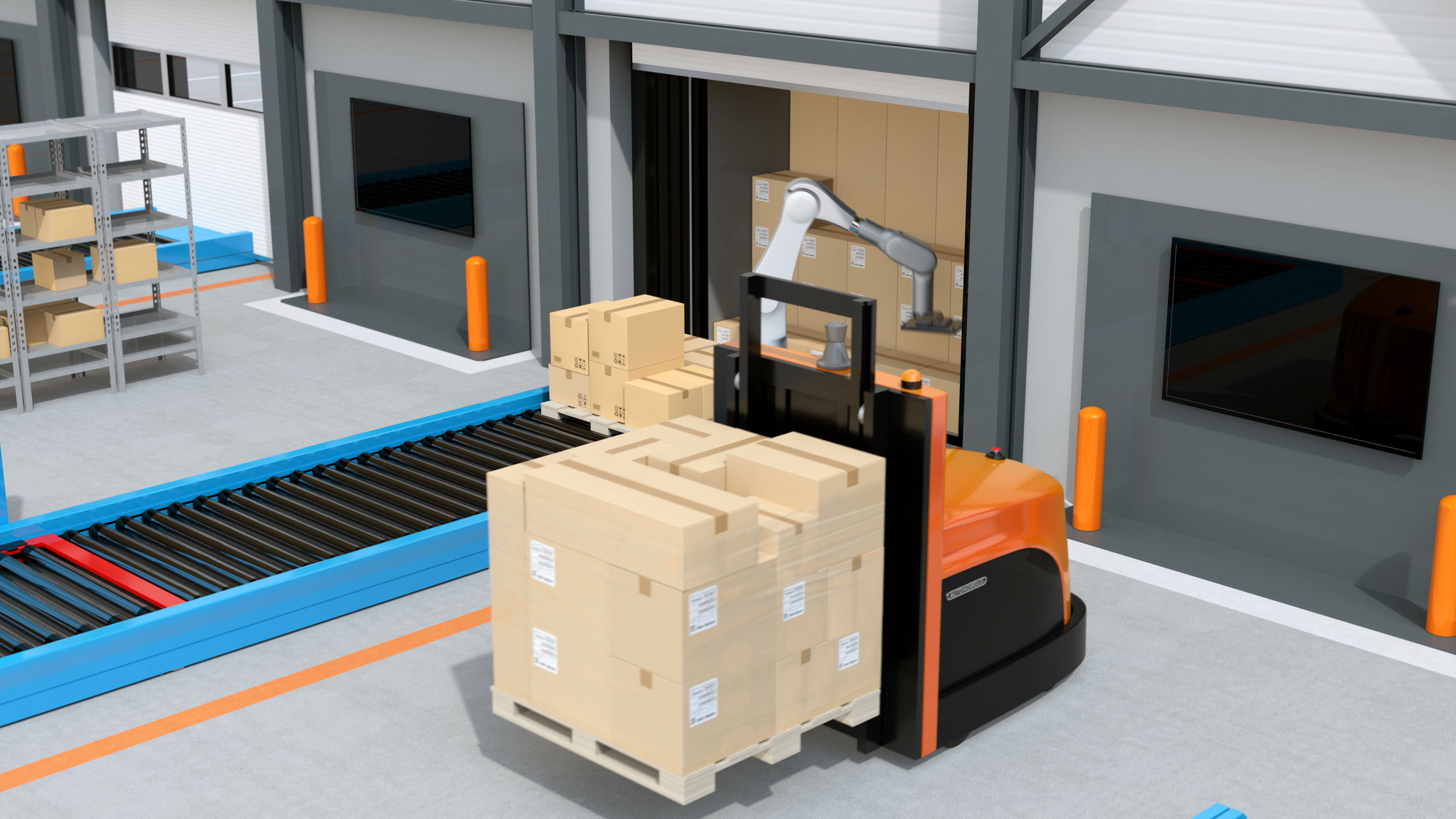 Japanese firm Mujin is one of the key proponents of this idea, with its robotic unloading system demonstrated late last year in a move which lays out its intentions to eventually automate every aspect of storage.

Rather than using a forklift to haul pallets out of shipping containers when they arrive at the warehouse on the back of HGVs, this system makes use of a heavy duty robotic arm to handle the loads and transport them to their resting place within the building.

There were a few hiccups in the early iteration of this system, highlighting the fact that there is still a margin for error even in an environment from which humans have been removed. However, the idea is that by making a robot bear the brunt of the hard work, most of the injuries and accidents that occur in warehouses will be avoided completely.

The challenge when picking and maneuvering loads of different shapes and sizes is that this is not something that can be achieved in the intuitive way that humans do. Overcoming this has required the development of AI-powered software and associated sensors which can perform real-time analysis of objects and determine how exactly the robotic arm should move to secure them.

In the past, it would have been necessary for a lot of intensive and complex programming to go into making such a system work. Today, robots can effectively learn to get better at the tasks that they are assigned over time, creating a much simpler and more organic approach and reducing the likelihood of errors occurring.

The drone solutions for taking stock of inventory in a warehouse mentioned earlier are all well and good, but there are drawbacks to such systems. Aside from the cost, the fragility of the drones can also be an issue and if they are damaged, repairs and replacements will add a further financial burden on the businesses that choose them. 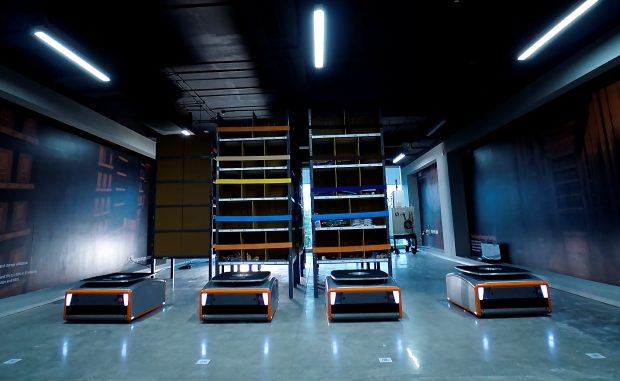 If speed is less relevant than affordability and effectiveness, a robotic tool which does not require a flight to operate may be far more suitable. This is the promise that is provided by solutions from Fetch, which has created a robot that moves through warehouse aisles and uses built-in RFID scanners to assess inventory.

Managers can determine the regularity with which this robot goes about its rounds, as well as having control over the routes it takes. The results it gleans from its scanning are fed back wirelessly and allow for a real-time map to be populated with up to date information that can then be acted upon as needed.

The company claims that a single one of these robots, which can scan tags at distances of over 7 meters, will allow for significant annual savings to be made which dramatically dwarf the upfront cost of the equipment itself. This does signal that there is a price to pay for embracing robotics, but that the short term outlay is easily counterbalanced by the long term gains.

Automation could not just change how warehouses are laid out and operated internally, but will ultimately shift the size and location of many storage facilities, especially in the e-commerce sector.

This is largely down to changes to last mile delivery that is on the horizon, with Amazon beginning trials of its self-driving Scout robot to pave the way for a wider rollout in the near future. 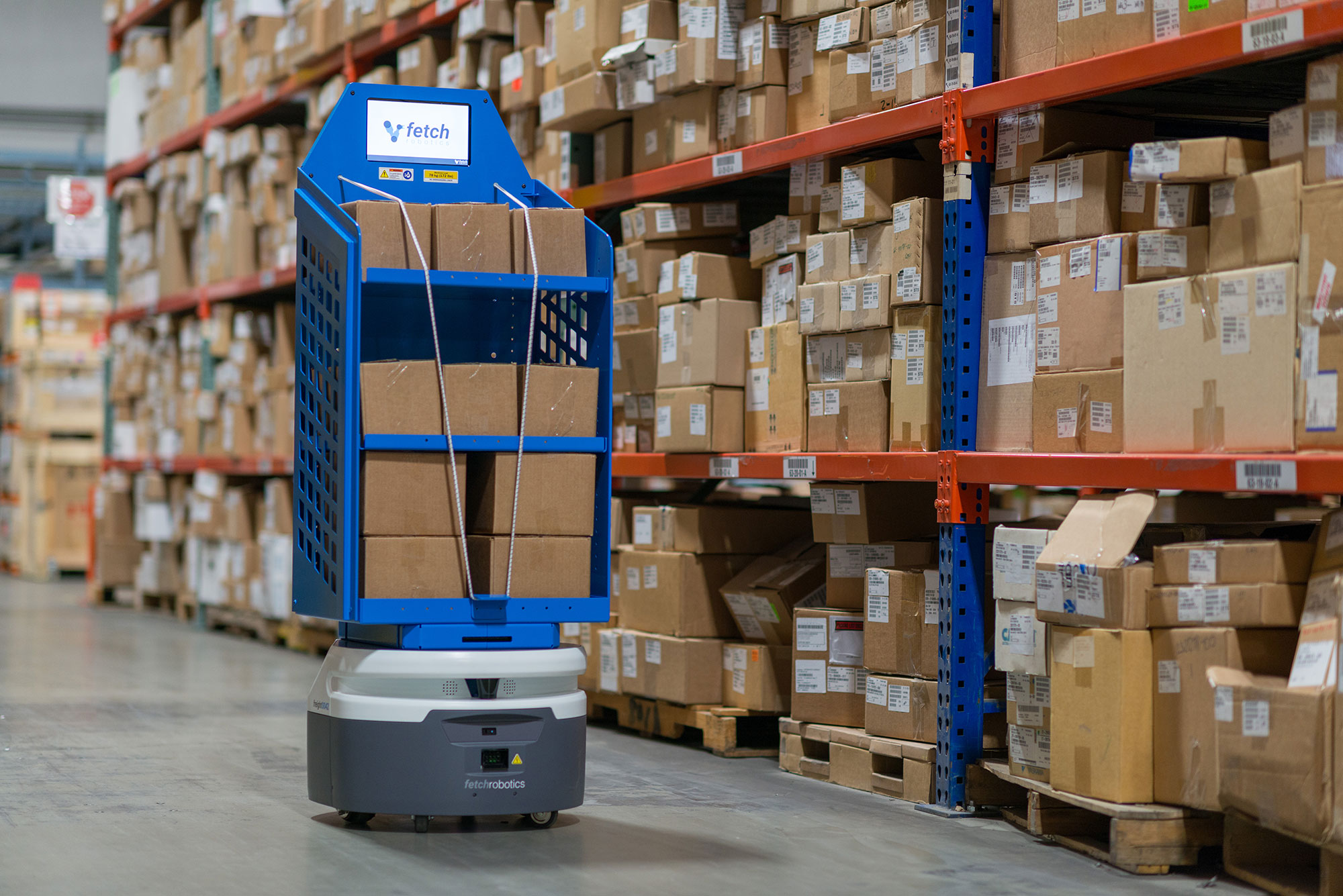 Regional fulfillment centers will need to be supplemented by smaller, local facilities from which these automated delivery bots can pick up parcels and packages and then trundle at a little faster than walking pace to the doorstep of the customer who originally placed the order.

Larger scale self-driving delivery vans are also being developed, but the integration of these smaller equivalents will perhaps be more impactful in terms of how warehouses are operated, where they are based and the role that human workers will play.

Fears about the impact that automation will have on the job market are regularly voiced, but roles are actually being created as this industry grows. It is simply the case that humans will have to adapt to work alongside robots, rather than being usurped by them.